06: Why does PolicyPak SecureRun block “inline commands” and what can I do to overcome or revert the behavior ?

Windows operations like Command Prompt and PowerShell allow scripts to run. That is, they allow to run various commands and NOT just executables (e.g. .exe files).

For example, one can run something like this from the Run dialog (or in many other ways.) 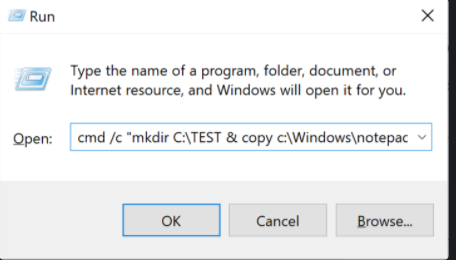 Normally, users don’t do this. But it could be valid during an application installation or program setup.

This technique is essentially what is used in much modern malware, as seen in this diagram. 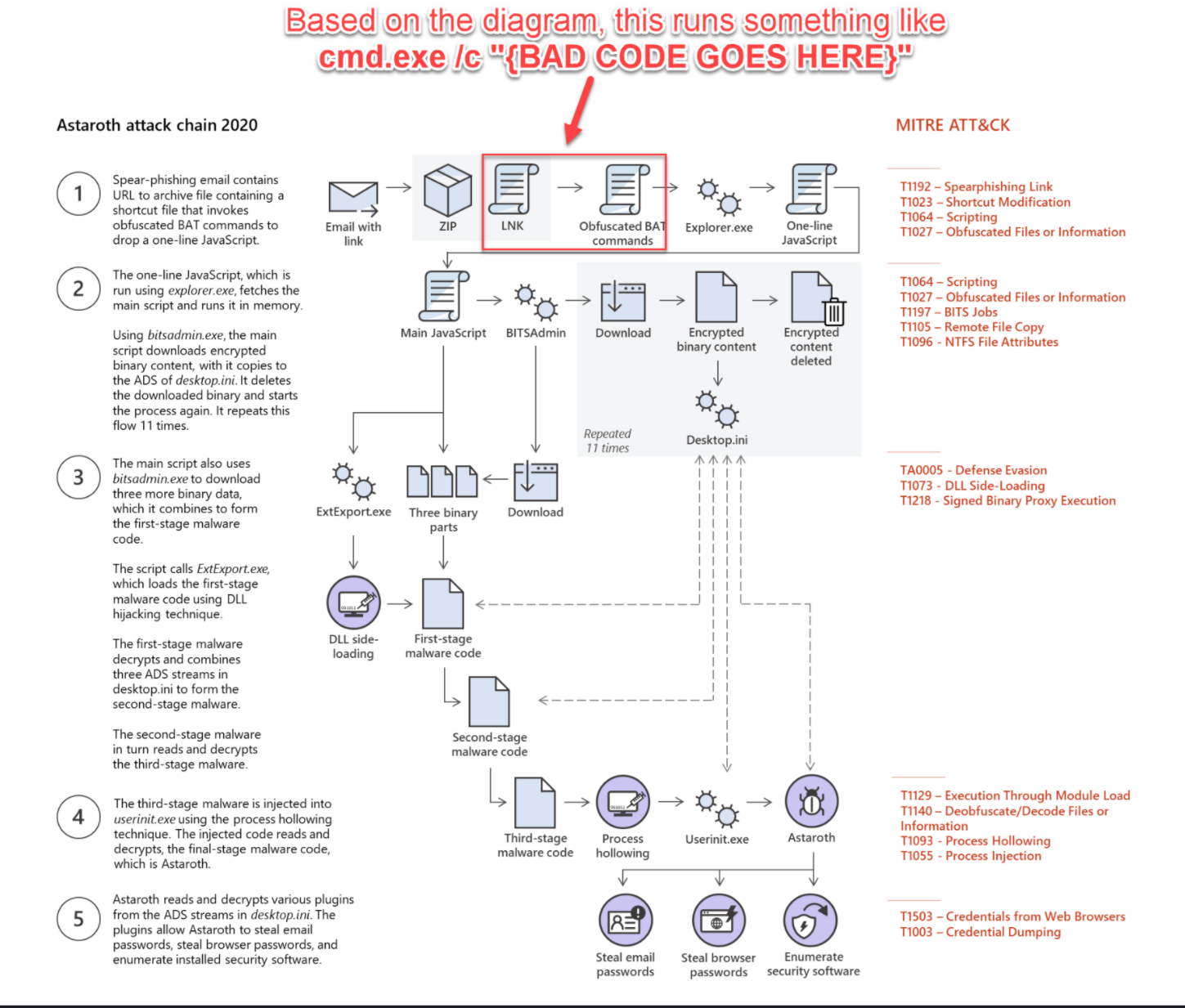 When commands are run in this way, PolicyPak SecureRun cannot know precisely what to do.

Remember that SecureRun's primary duty is to check "File Owner." And, since this inline command has no owner, PolicyPak SecureRun cannot make a definitive determination of "Should it run or not?"

In older versions of PolicyPak, PolicyPak Least Privilege Manager SecureRun™ did not trap for these inline commands or make any determination.

That being said, you might have a reliance on this behavior for an application setup or valid process. As such you have three options as workarounds.

Option 1: Analyze the statement and create an explicit Allow and Log Rule (Most Secure)

In this example, assume you determined you had an inline command you needed to explicitly overcome a SecureRun block:

To overcome this, you would need to make an Executable rule (not a Script rule). You would specify a Combo rule, then specify Path and Command Line Arguments like what’s seen here. 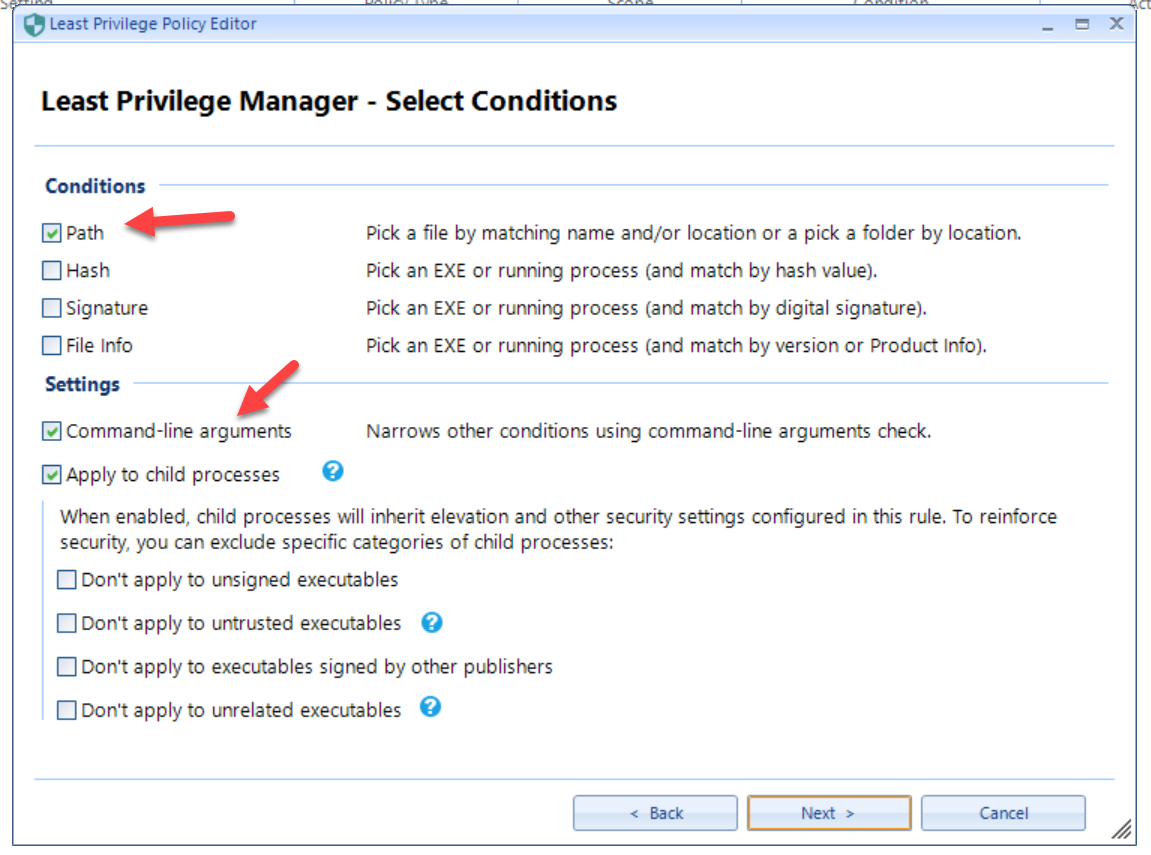 The Path Condition part would be CMD.EXE: 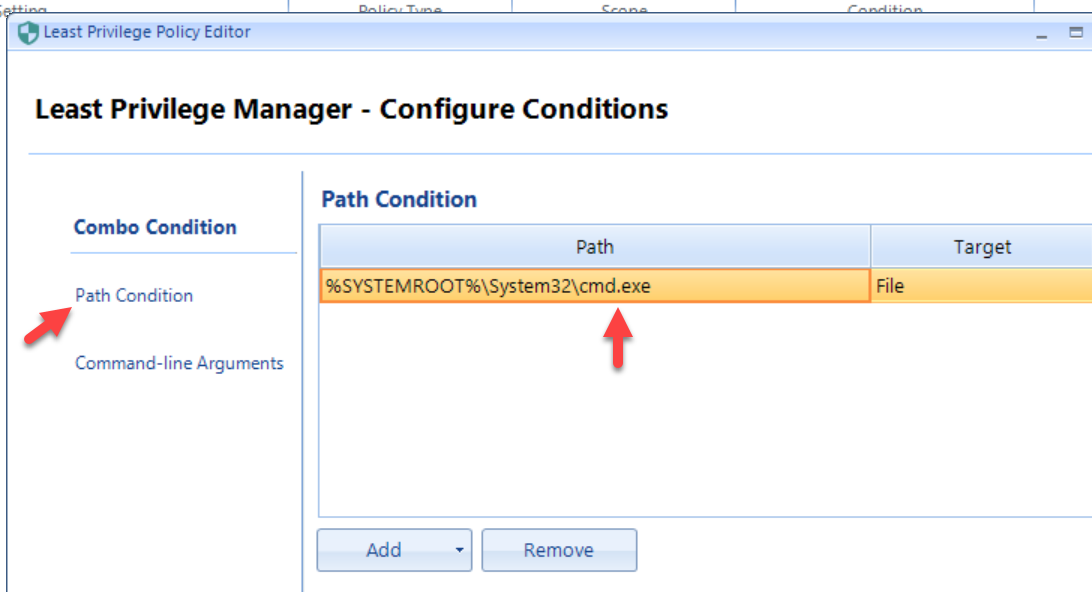 Then the most secure would be "Strict equality" and then specify the arguments which make up the remainder of the command.

Note that other configurations may work, but only "Strict equality" would be the most secure. 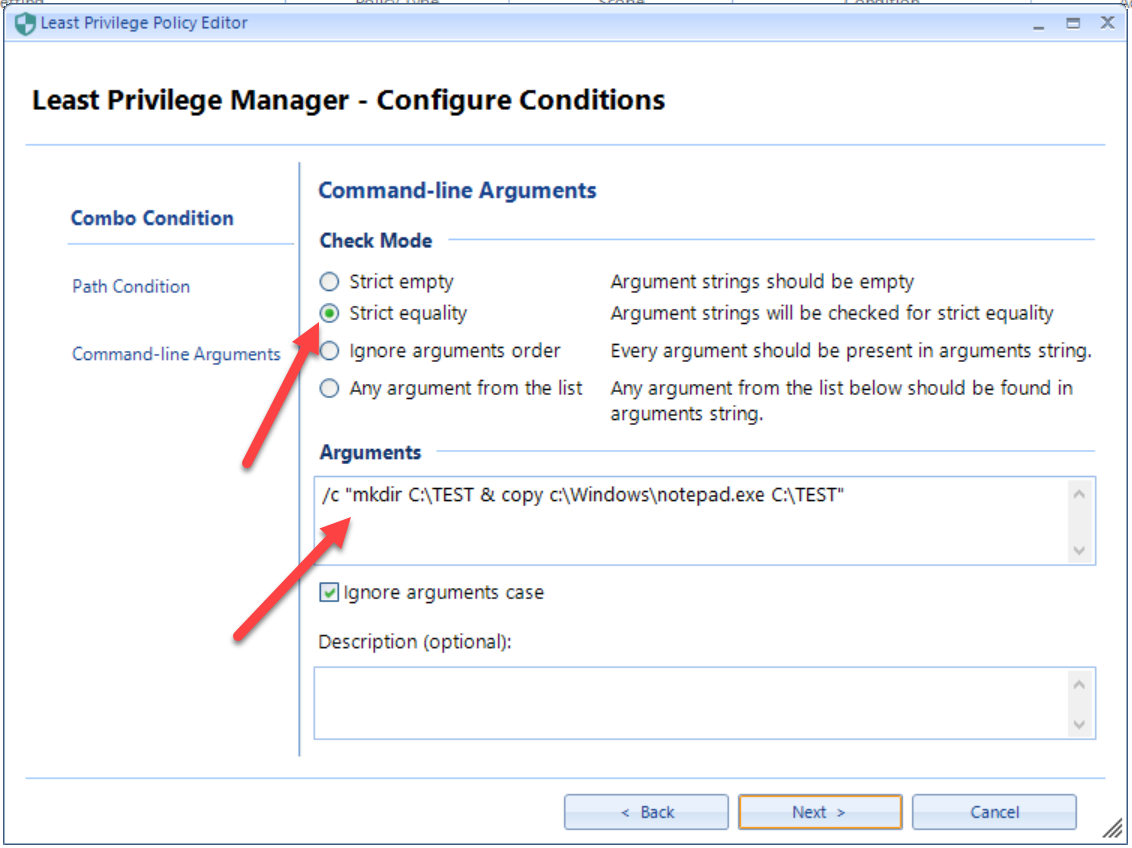 Now you have a rule which is explicitly enabled to overcome a SecureRun block.

If PolicyPak SecureRun has no configuration or is explicitly Disabled, like what’s seen here, then the inline checking will not function. 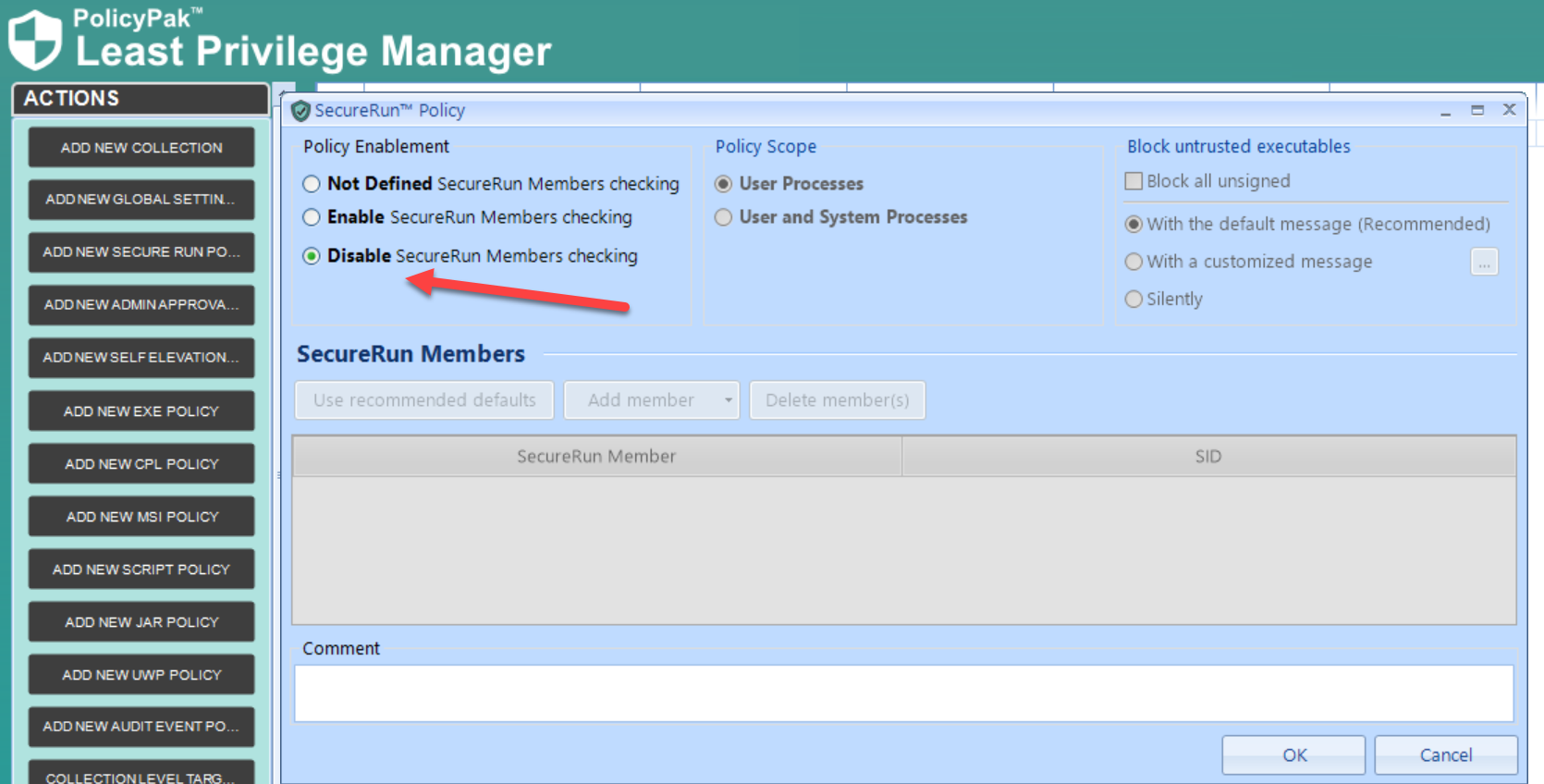 When this value is set to Enabled, you are telling the PolicyPak Least Privilege Manager that you want the SecureRun behavior to be reverted back to the original behavior.

In this method, the PolicyPak Least Privilege Manager SecureRun commandline parser will ignore inline commands, and all processes like this will continue. 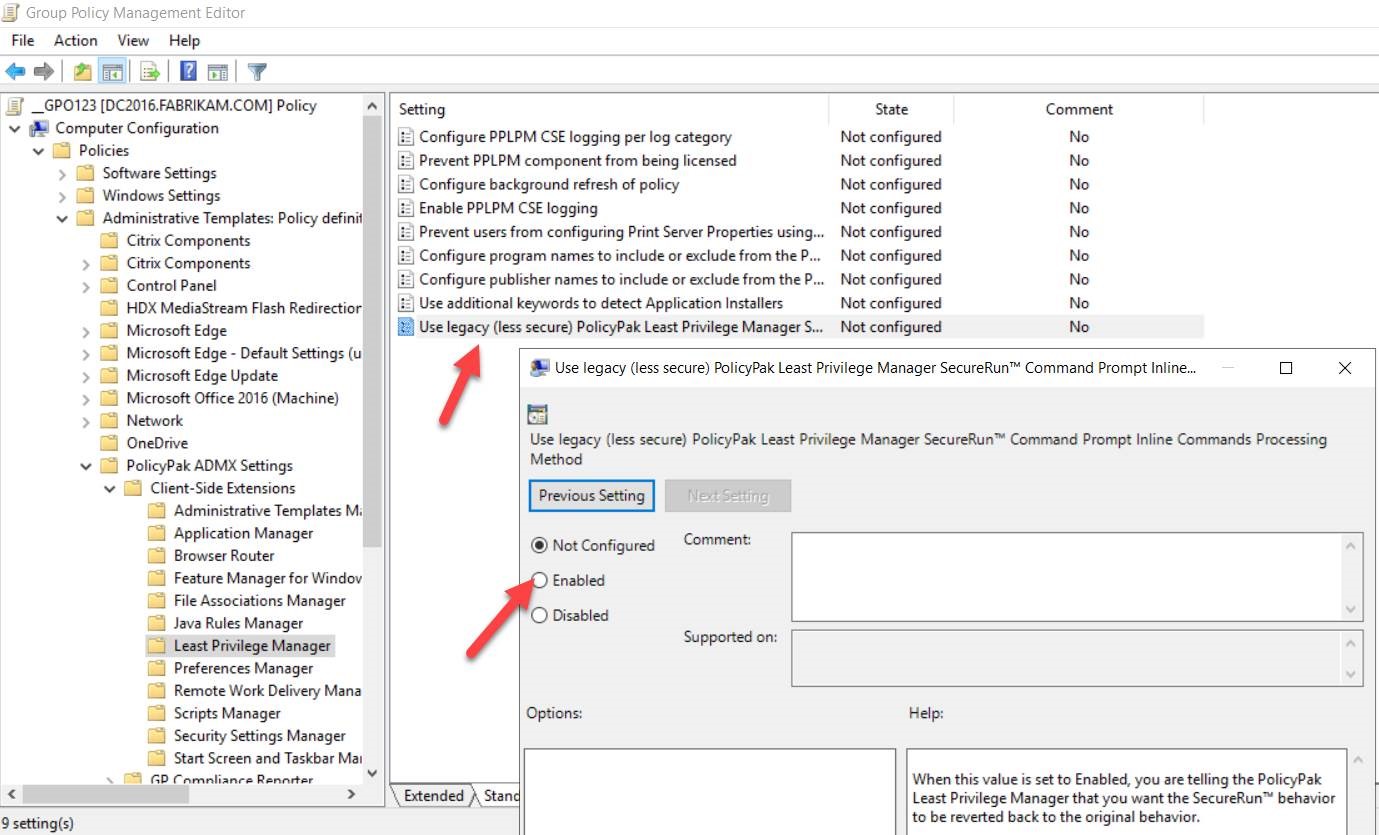