05: Why am I seeing the "PolicyPak License Information" pop-up expressing that the license is unavailable, even though I have a newer valid license on the machine?

Its possible you could see “This computer’s license for PolicyPak has become unavailable” even if you have a newer, valid license on the machine like this example. 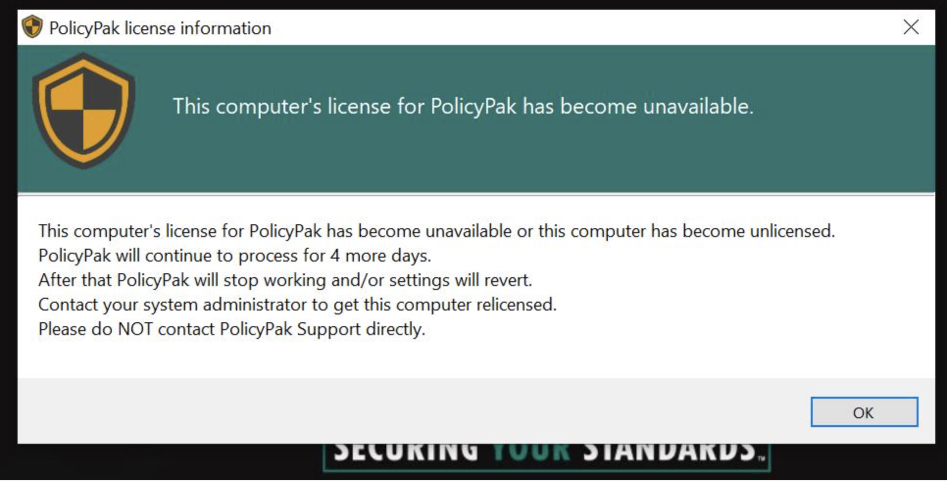 This can happen if you transition your original license, say, with many PolicyPak components … to a license with fewer components.

Then transitioned to a license which only had:

In this case the license was detected that a change has occurred and is issuing a warning of a mis-match of components between last year and this year.

The workaround for this is to completely remove the previous license (GPO, MDM via MSI or XML, etc.) Then apply the new license.

Because the old license is removed and no longer processed, and ONLY the new license is present, you should stop receiving the pop up on endpoints.