01: Can I use PolicyPak Least Privilege Manager to LOWER / remove admin rights from Administrators from an application or process, like Internet Explorer?

Yes.
The basic steps are in these two screenshots: 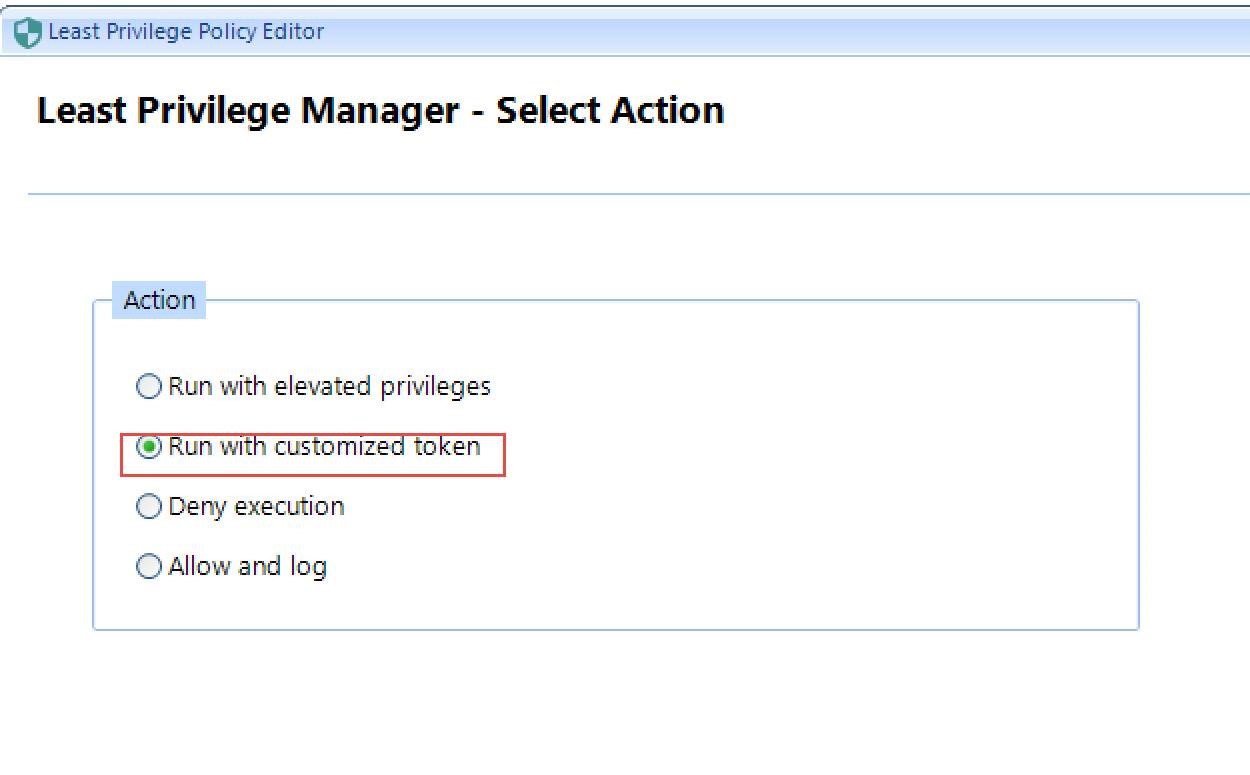 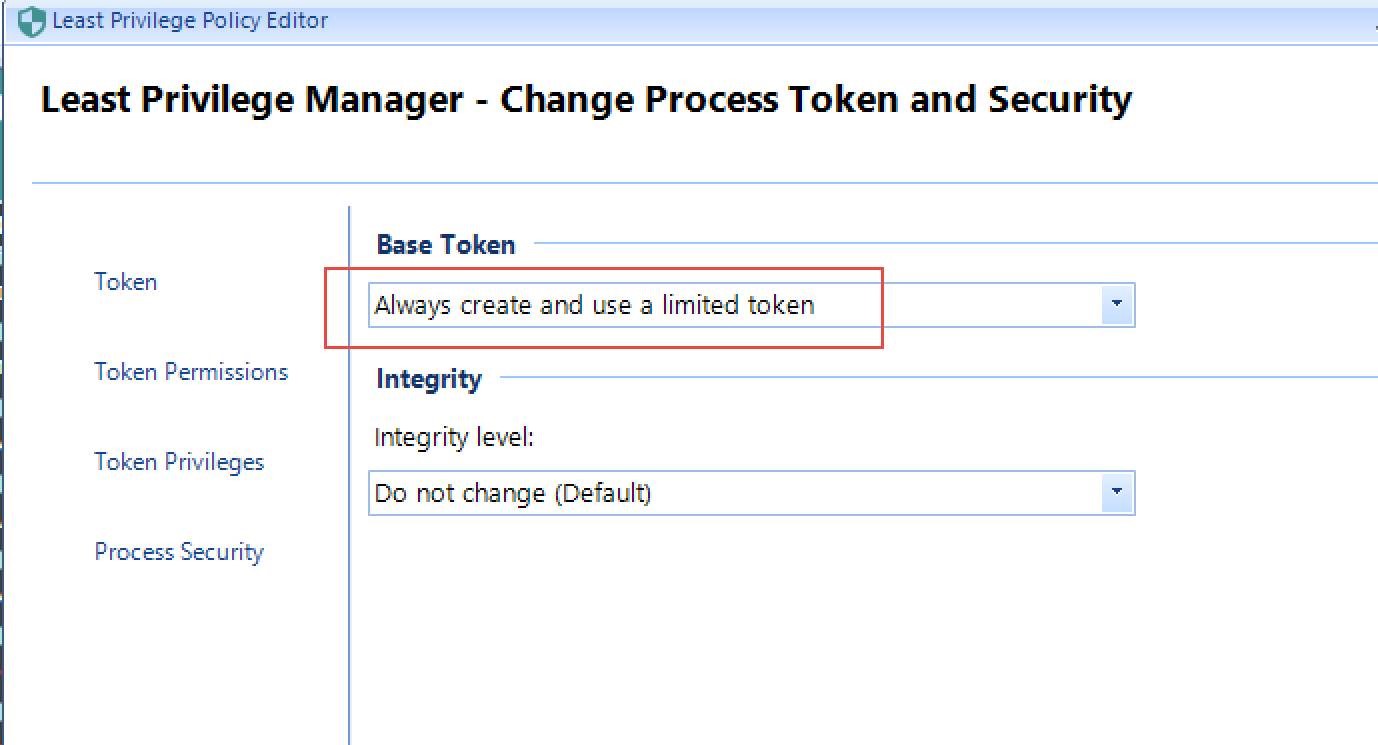 This will work when an Administrator attempts to run something, and you want to force it to be run with Standard User rights.
That being said, Internet Explorer is a special case.
When IE is run “normally” as an Admin, IE will self-reduce the rights to Low as seen here. 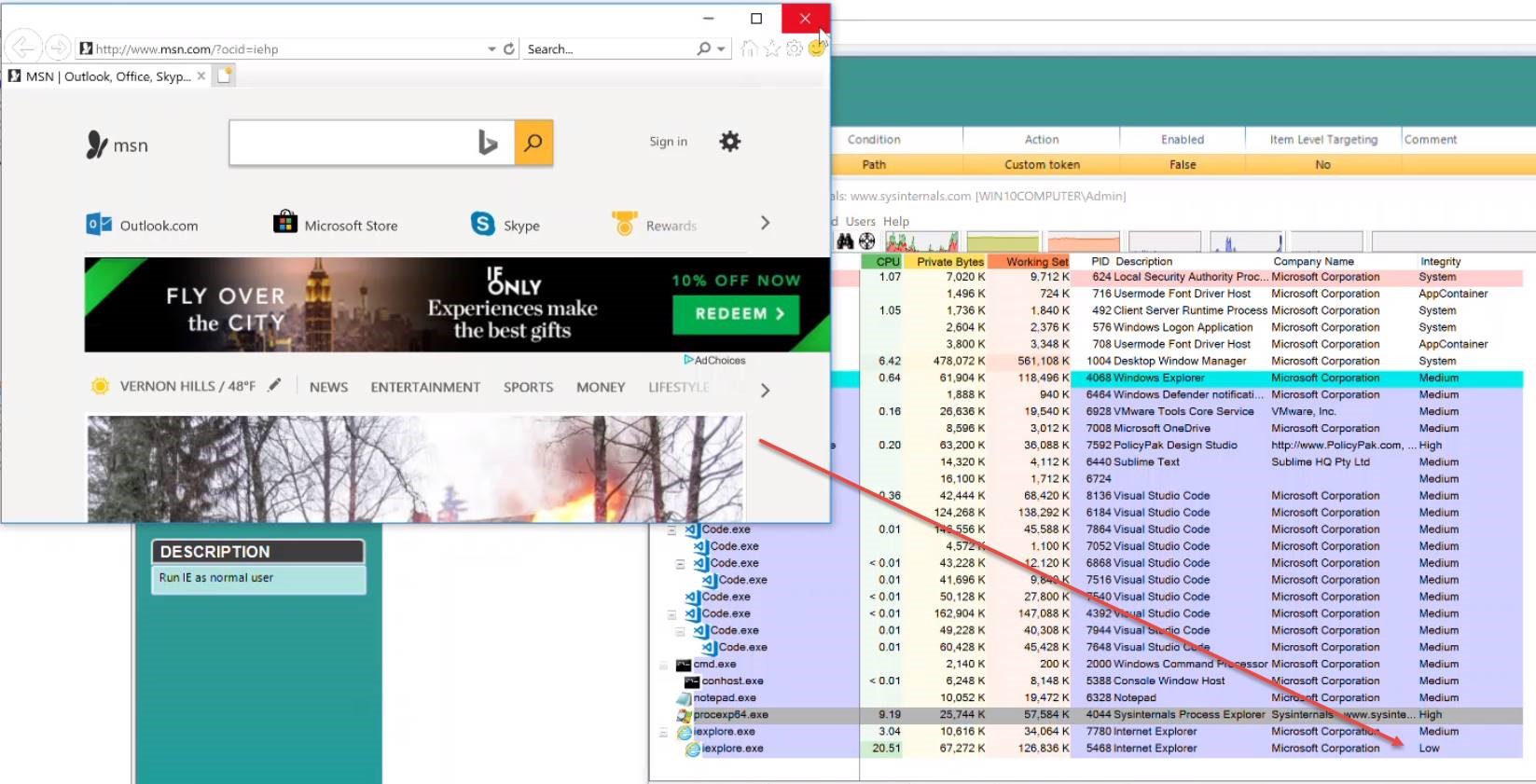 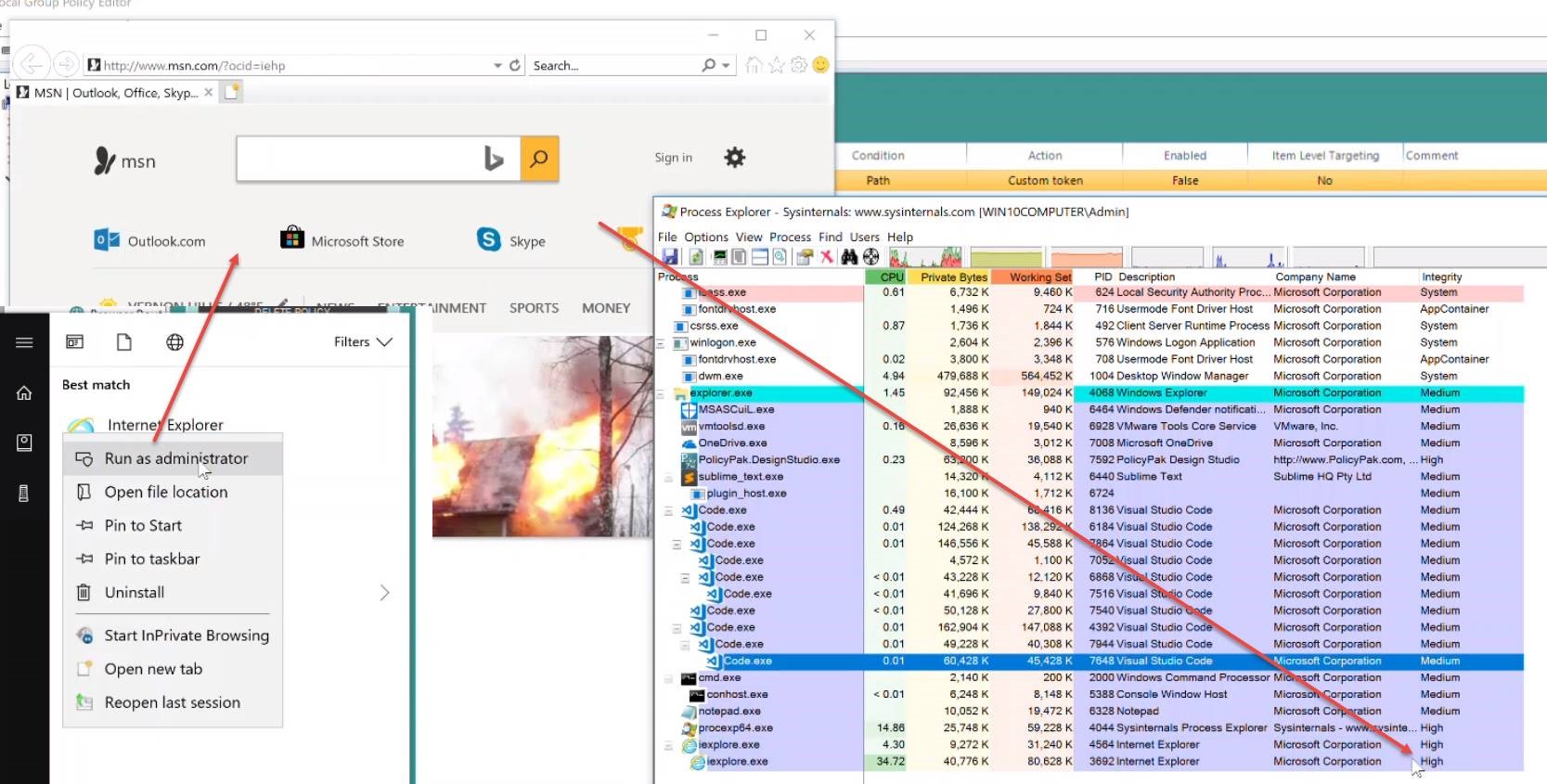 But you can force it such that an Admin.. who attempts to run IE eleavted … will be PREVENTED from doing so.. with a PolicyPak Least Privilege Manager rule like this:

The RESULT being that IE.. even when launched / told to “Run as Admin”.. will not … and will run Standard as seen here. 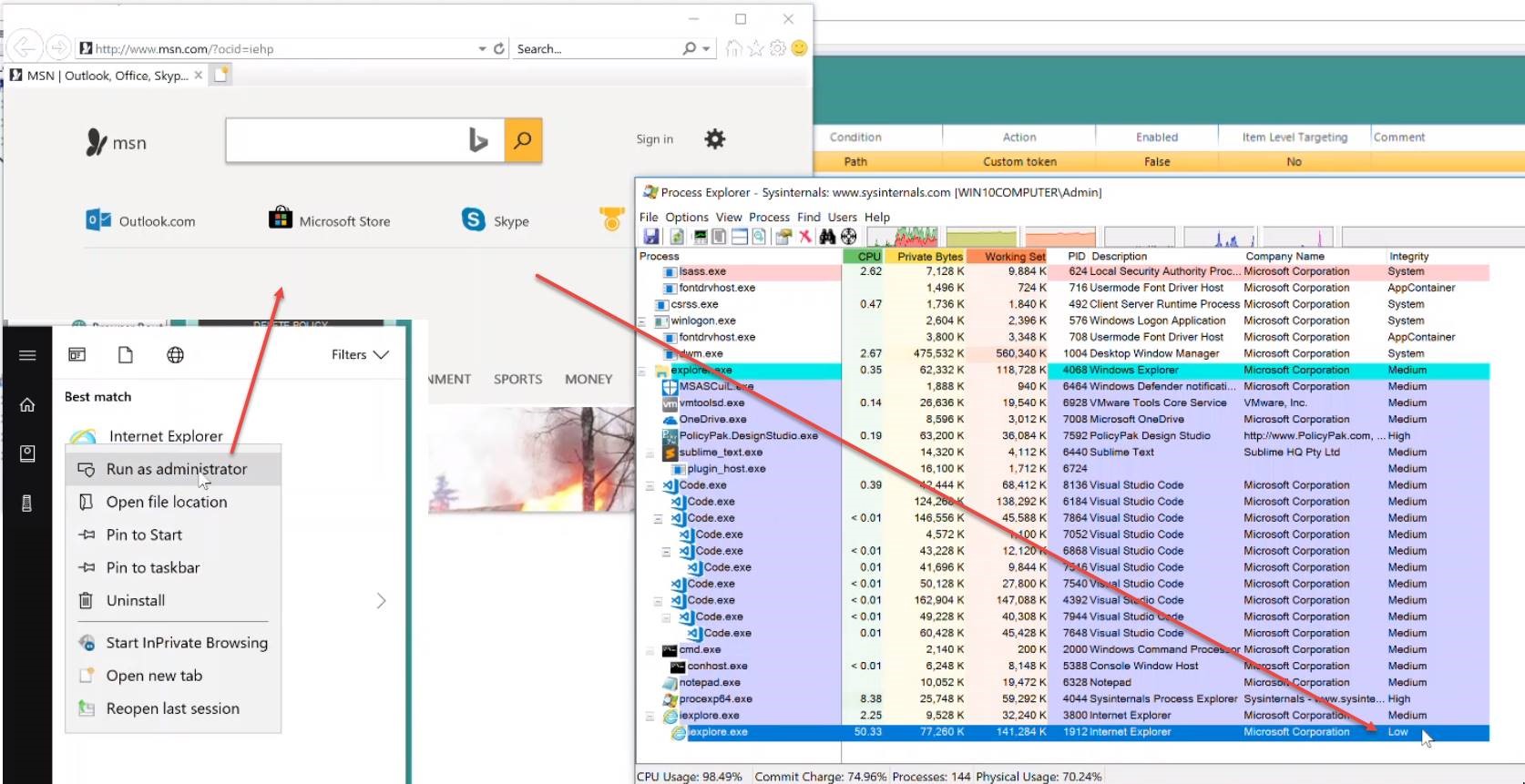