05: How are DRIVE MAPS and UNC paths supported in PolicyPak Least Privilege Manager?

Tip: If you want to elevate all files in \\SERVER\Share you must use TARGET = FOLDER (see screenshot below.)

Therefore if you want to elevate something on the S: drive, you need to ALSO have the \\server\share elevated expressly.

For EXE rules in all versions:

And also for all Non-EXE rules as of version 2340 and higher:

For Non-EXE rules created in version 2339 and lower: 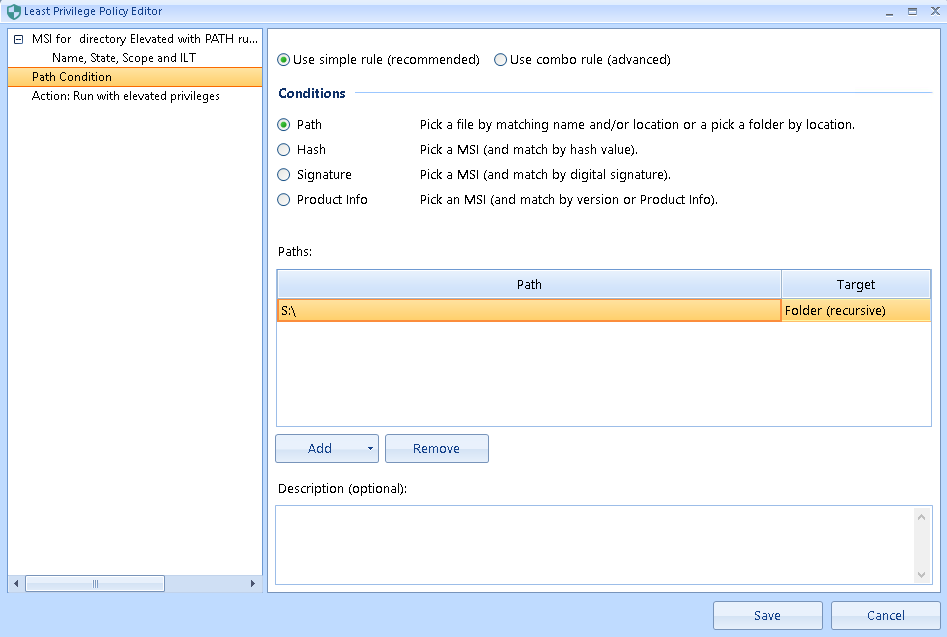 To cover all bases you can also create the rule with all possible paths: 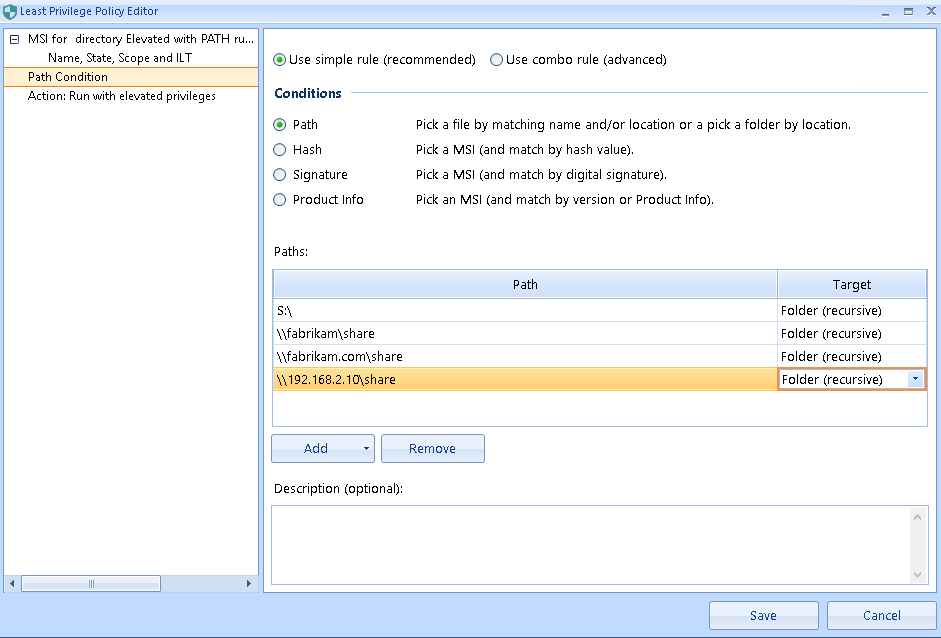 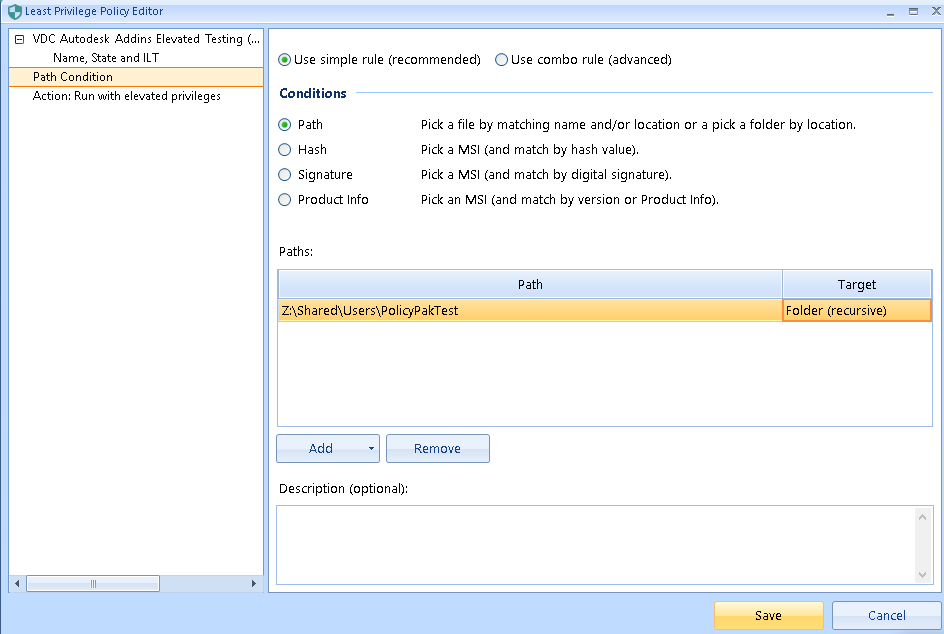