02: How would I verify if PolicyPak Client Side Extension is / is not causing high or CPU disk slowdowns?

So there are lots of reasons why you might see 99% disk, and it doesn’t have to be PolicyPak causing it.

First: There are known bugs which push the utilization up to 100% from MS. Example: https://support.microsoft.com/en-us/help/3083595/task-manager-might-show-100-disk-utilization-on-windows-10-devices-wit

Regardless, since it shows only CURRENT value, (and the total Disk usage is not shown on that tab), we suggest using perfmon that shows a nice graph with relationships.

Doing this allows to see a correlation between process disk usage (# of I/O operations/sec) and total disk usage (100%-%Idle time) (if any exist).

So to verify and see if PolicyPak is the actual cause for high disk utilization, you can get REAL DATA how to use science to troubleshoot it.

Thing 1: When you suspect high-disk utilization from PolicyPak, use TaskMan, then right-click on the PolicyPak Helper Service, click Go to details (this may be important to select the right process), then on the Details tab right-click on the selected process and Create dump file. We can analyze this and it tells us a lot.

Thing 2: Run perfmon.exe to see a relationship graph. Clear out any existing counters. 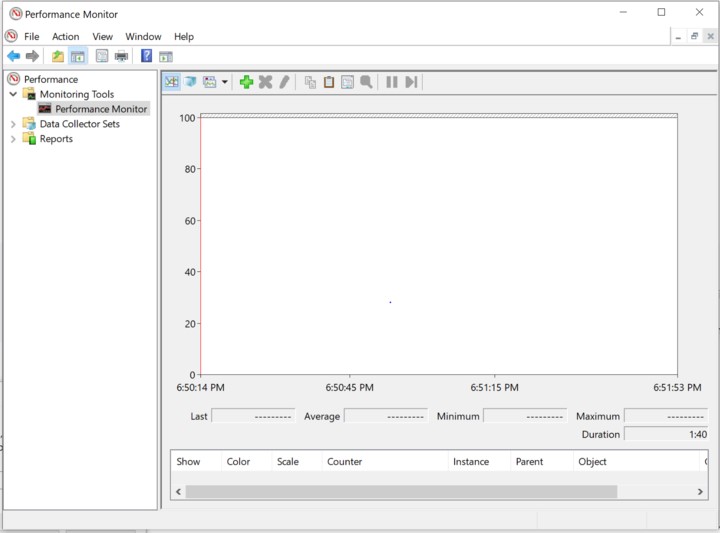 Next you need to add new counters for PPExtensionSvc disk usage. To do this, find PROCESS then EXPAND. 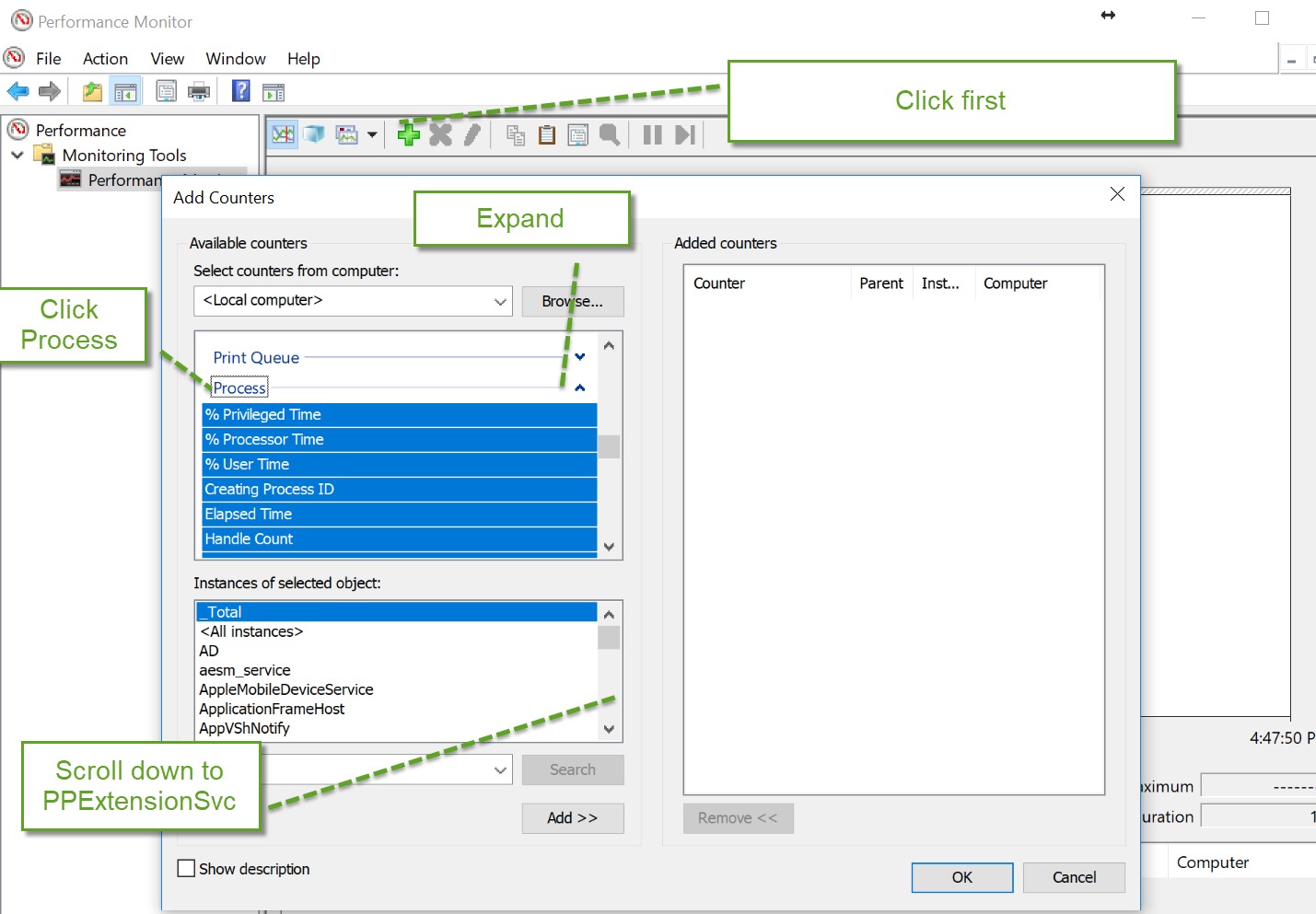 Expand the Process item from the top list, select only: 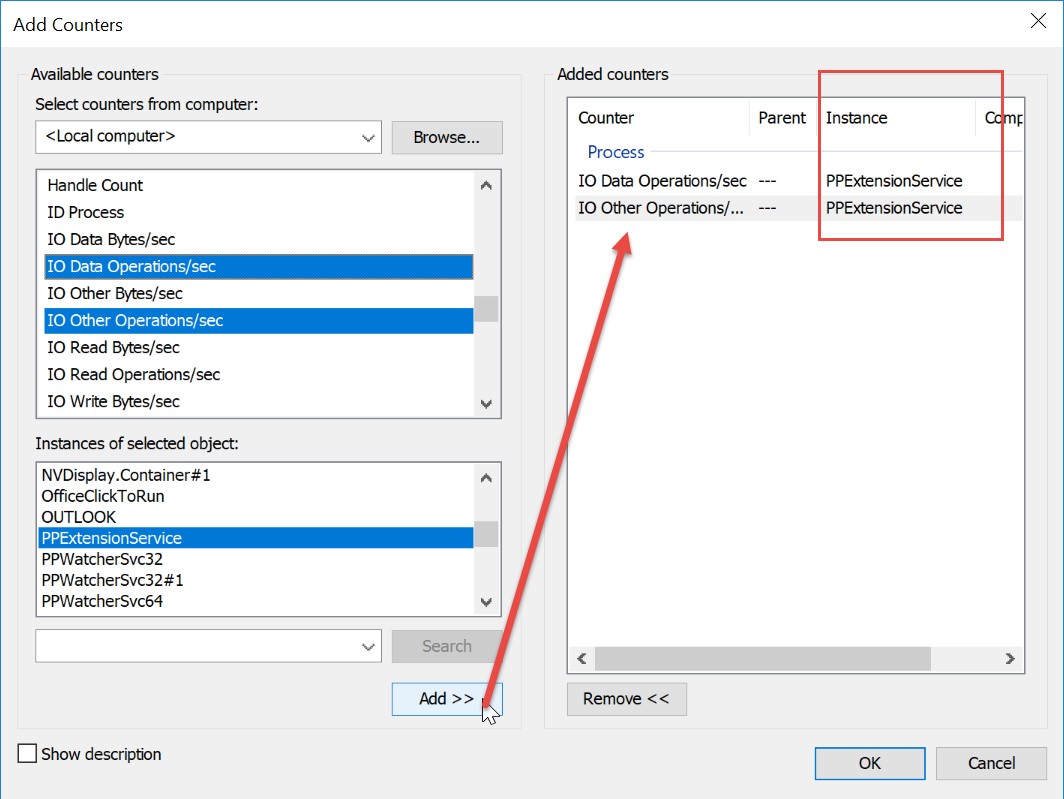 From Logical Disk, you want to add the following items (only ONE of which is shown in the screenshot). 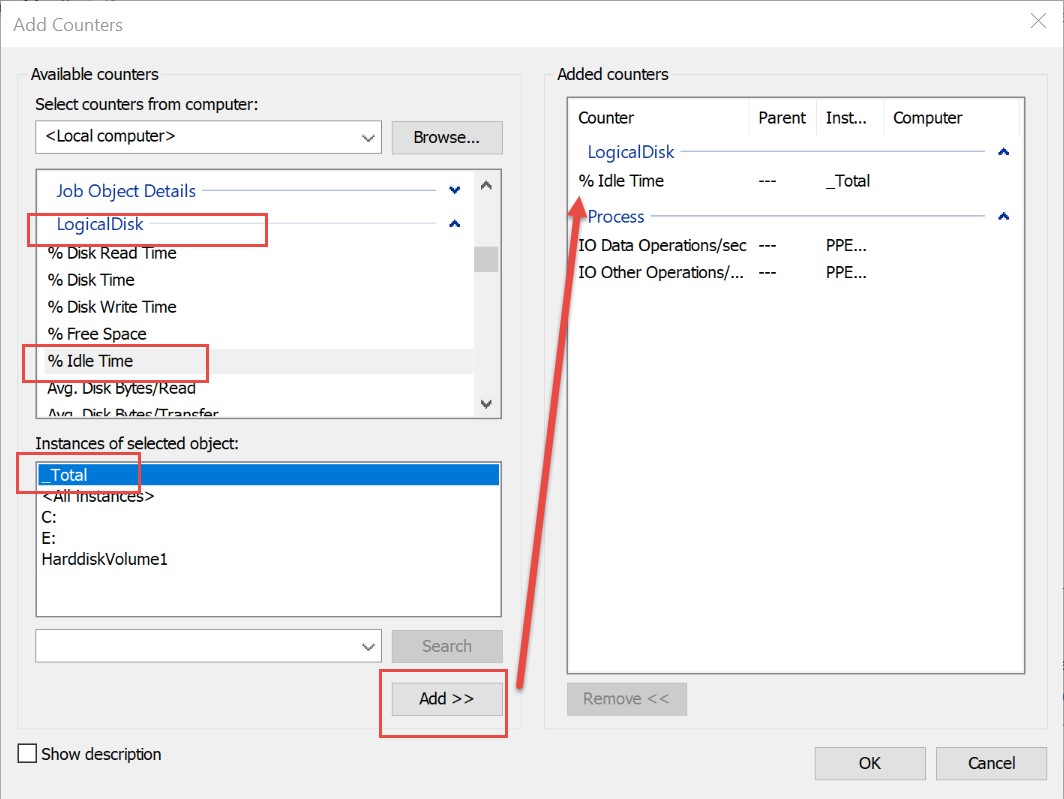 Your total counters should look like this.. when sorted by OBJECT:

Optionally, add anything else that could be getting in the way or adding to high disk activity, like DISM.EXE which was seen in the first screenshot which is known for high disk usage.
This step is the same as adding other processes for disk usage, except that DISM.EXE should be selected from the bottom list.

Results / what you’re looking for:

See the correlation between Process and Disk counters if any:

…then it’s NOT PPExtensionService causing high disk usage and maybe DISM.EXE I/O Data Operations/sec is high at the same time.

If you still think PolicyPak is causing high disk usage / slowdowns we need: