04: How can I use Item Level Targeting to specify a specific Windows 10 build and/or LTSC/LTSB?

To target a specific Windows 10 BUILD, you would start out by using the Operating System item and selecting Windows 10.
Then you would also immediately select EITHER:

If you choose WMI Query to detect the build number…

Then you would enter the following in the Query field

This would select Windows 1703 which is that build number. 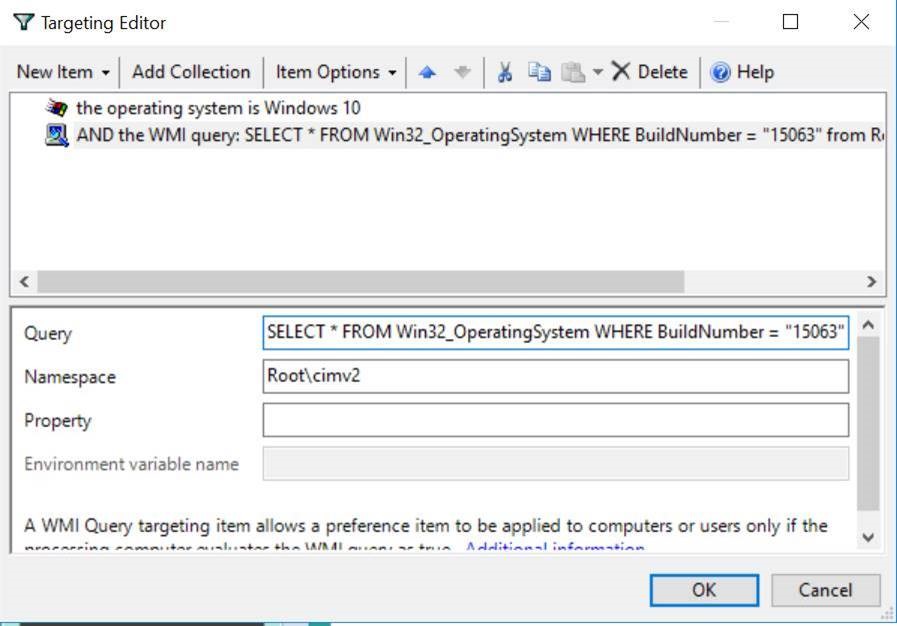 Warning: Note that you want to place a WHOLE number and not a number with decimal places. The BUILDNUMBER field is actually NOT a numeric value, but a STRING value and must match exactly.

If you choose REGISTRY Query to detect the build number…

Search for the following item in the Registry.. 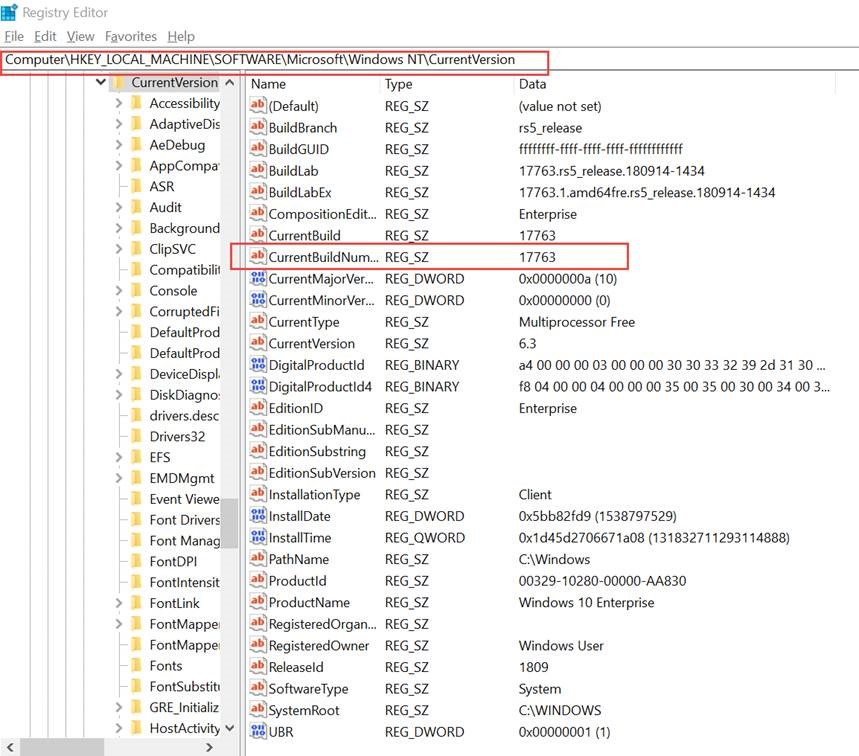 Then use the Registry Match item as follows for a specific BUILD number. 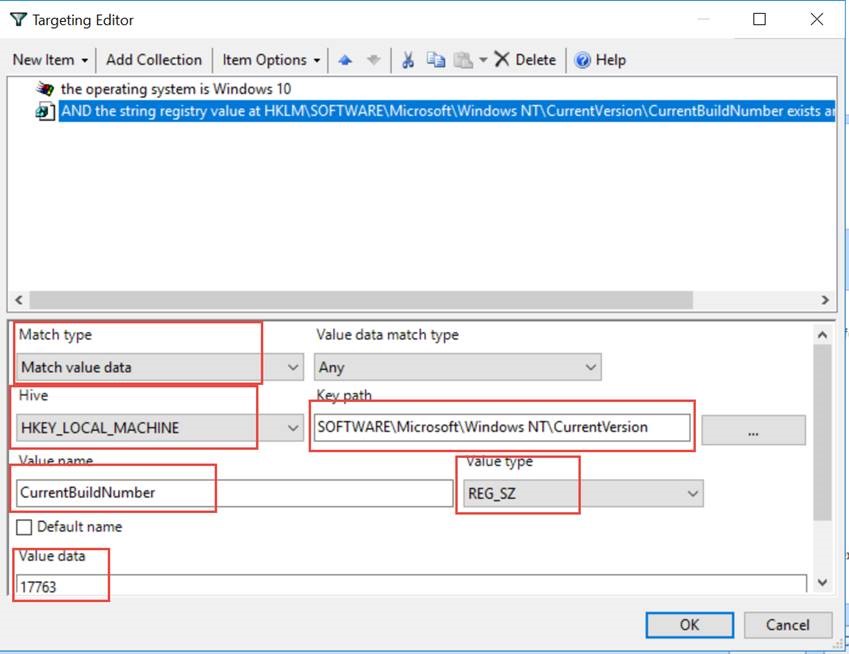 Other build numbers you can use are:

How to Query for Minor Build Numbers…

From time to time, you might want to target a machine with an unusual build number.

For instance, Windows 1809 had two revisions.. with the same build ID of 17763.
The original shipping version (which was pulled from Microsoft due to quality concerns) and then the final build which was broadly deployed.

Each of these Windows 1809 builds has the BUILD number of 17763, but has a “minor version” of .1 for the first release and .253 for the second release.
You can see examples of the first and second Windows 1809 releases in these two screenshots. 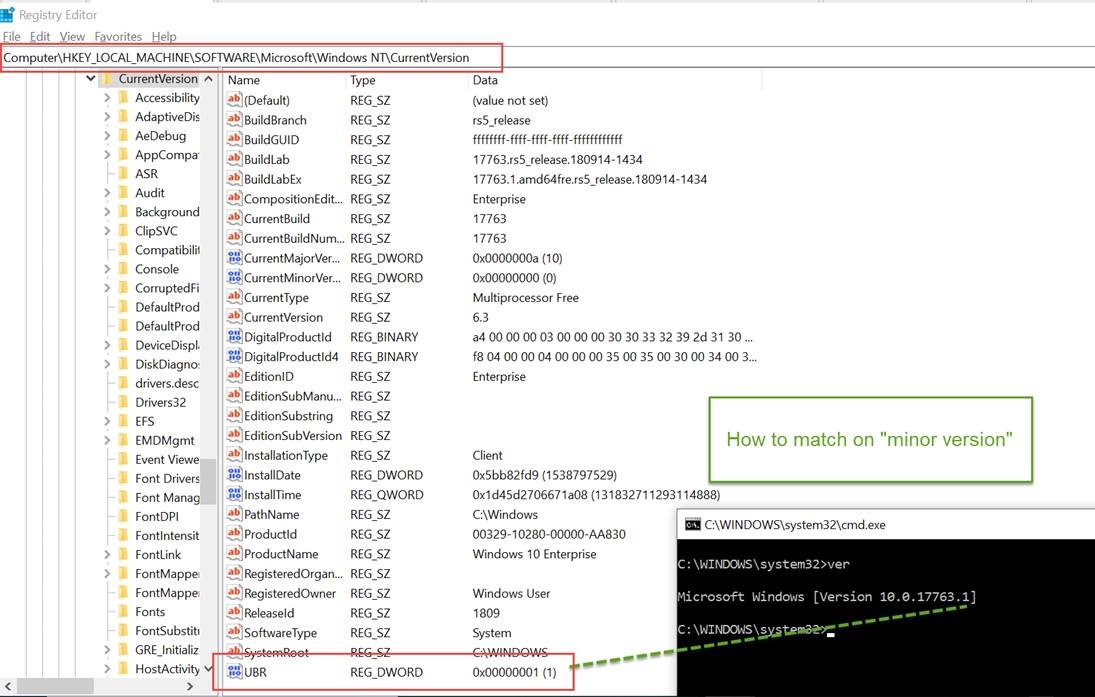 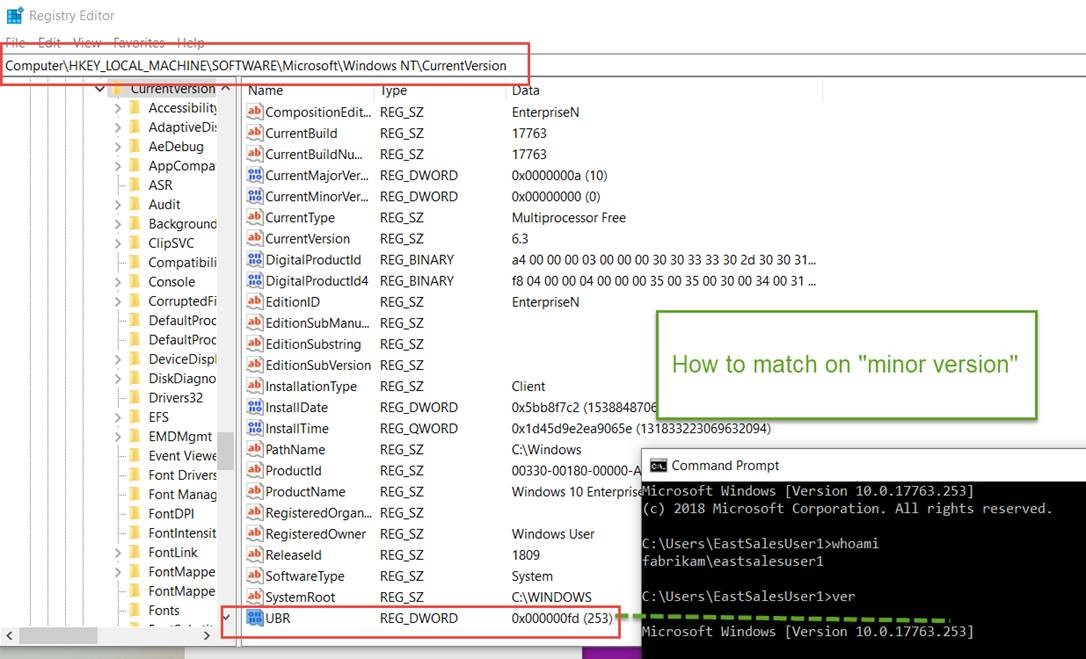 When Machine is Windows 10 AND 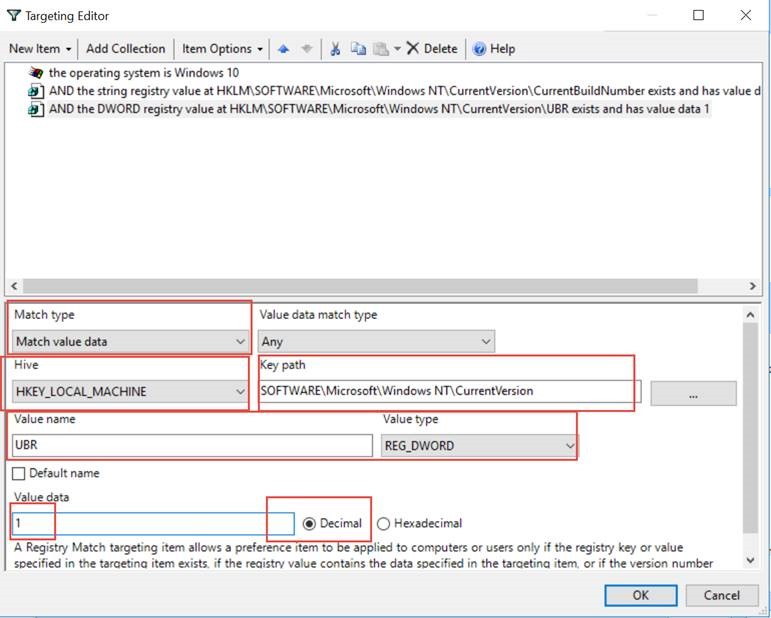 Additionally, if you wanted to be specific and target LTSB/LTSC builds of Windows 10, you use a WMI query filter which would specify

Or, if you want to target CB/CBB builds… 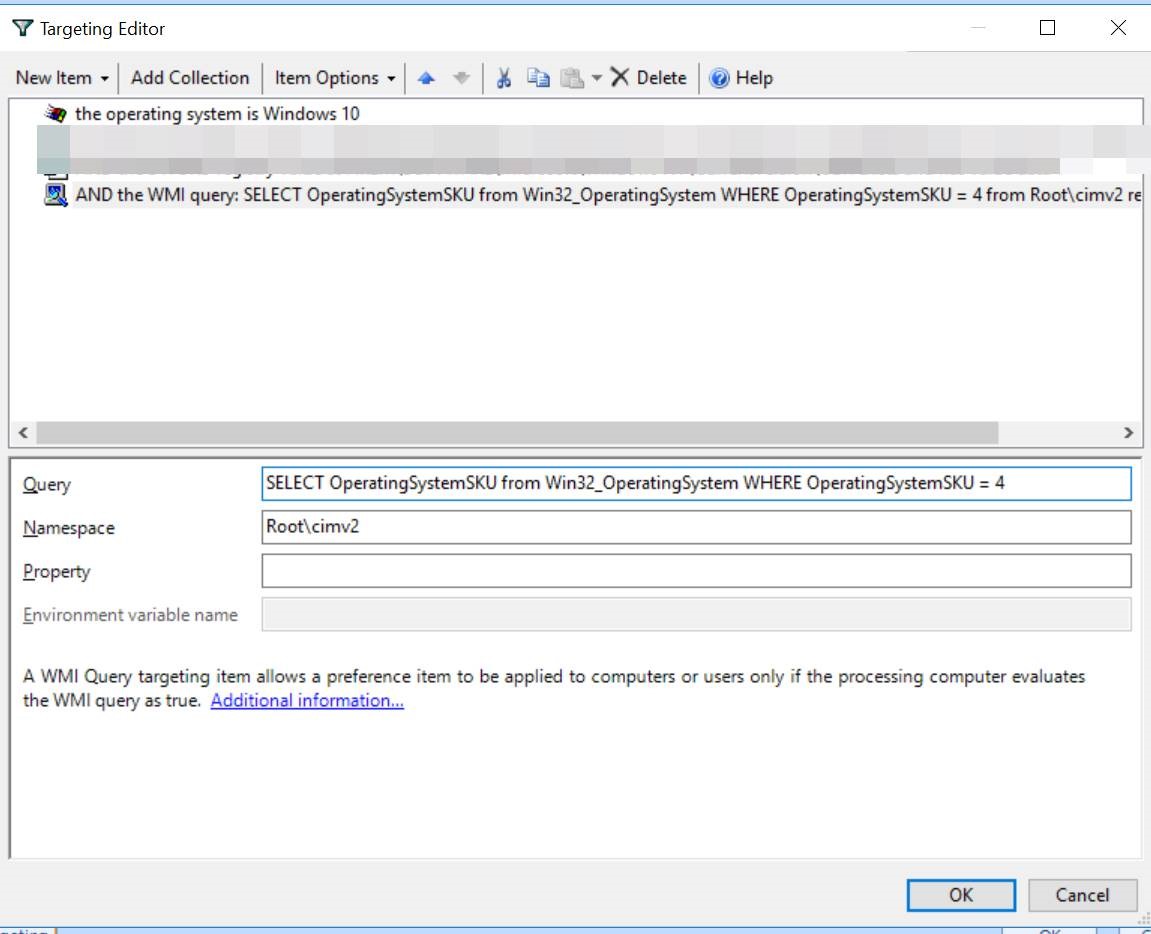