08: Why am I seeing a PolicyPak “advertisement” tile on my Start Screen (when I only use the TaskBar manager and NOT the Start Screen Manager?)

You might have noticed when you try to deliver NOTHING (aka. a blank start screen with or without using the Taskbar Manager), you will still see a PolicyPak advertisement tile even you didn’t put it there. 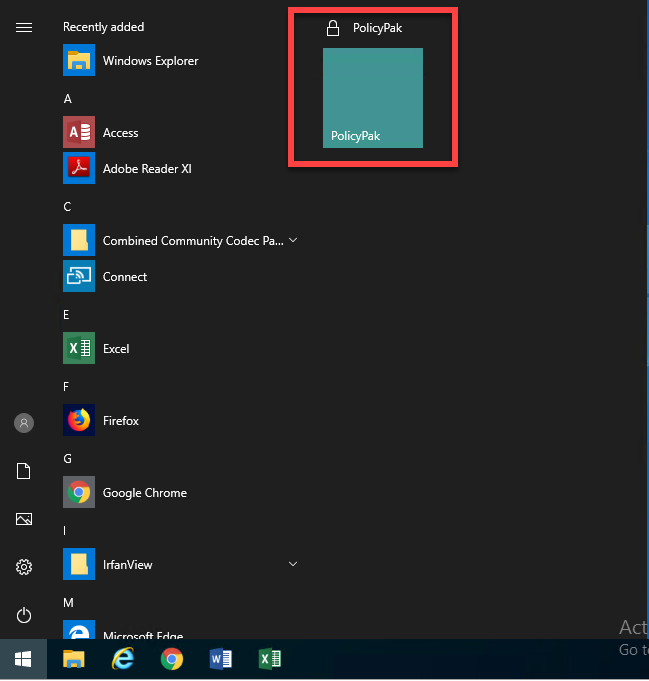 The Taskbar Manager and Start Screen Manager are actually interlinked, even if you’re only using one of them.

The advertisement tile is required.

You have to deliver at least ONE thing to the Start Menu, or you’ll get what you see in the previous screenshot.

This is working as designed; this is a limitation in the “physics” that Microsoft gives us to use to manage the Start Screen and Taskbar.

As a workaround. we suggest you use the PolicyPak Start Screen PARTIAL/MERGE function which will let you add one single tile.

Here’s an example of us setting a URL to a home page in a group called COMPANY APPS. 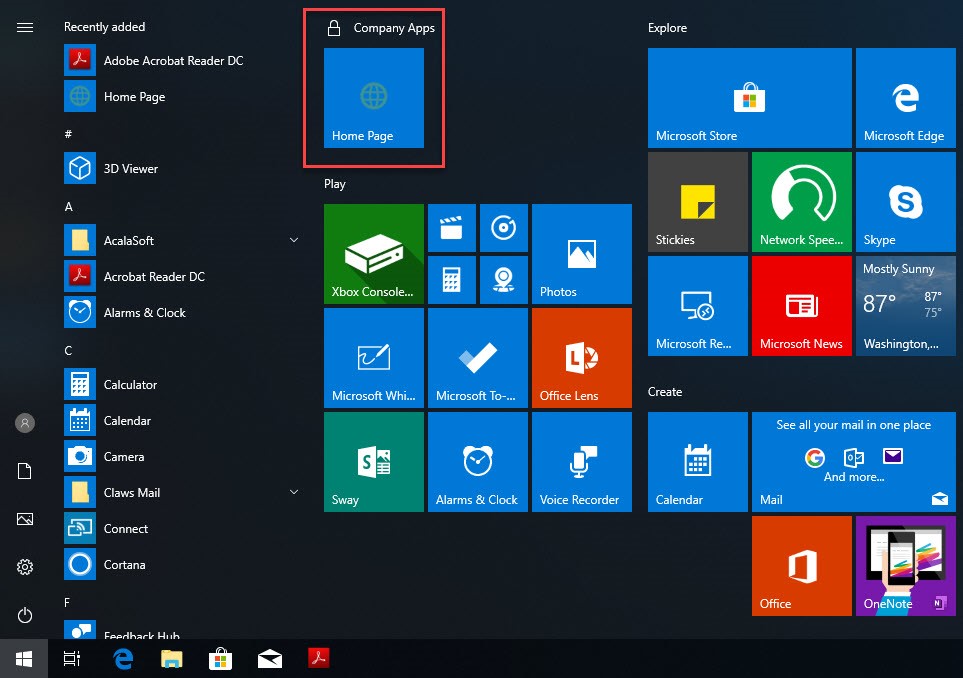 Alternatively, use the FULL/REPLACE mode to deliver a single tile of your choosing, your users will still have no ability to change the Start Screen, and the PolicyPak tile will go away.

Note that the Advertisement group is still present on the LEFT side. 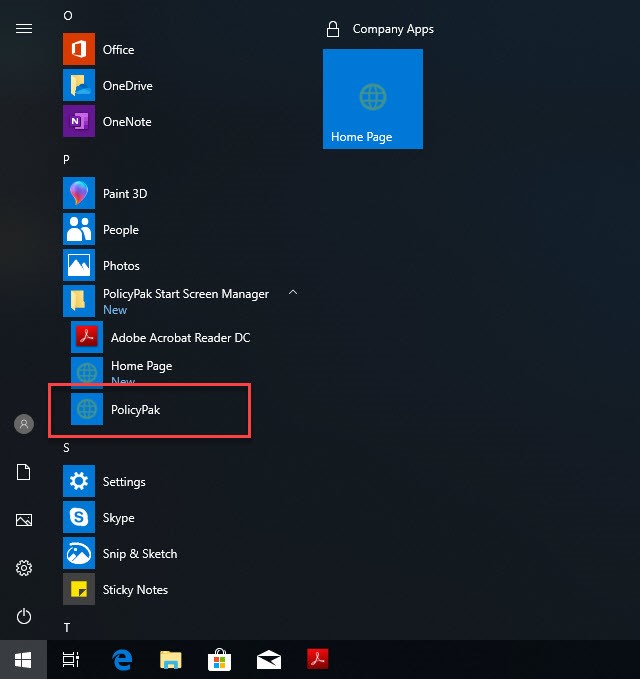 But the name of this group is changeable using PolicyPak TaskBar manager as seen here. 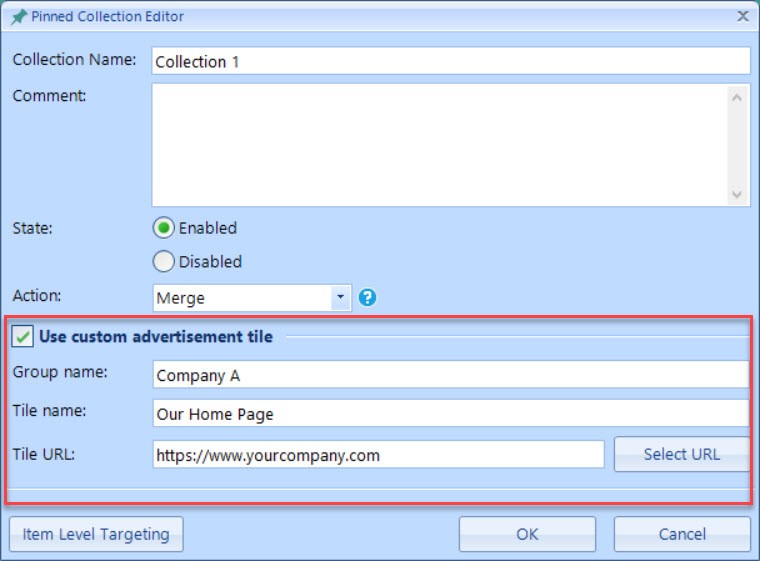