Managing Firefox with PolicyPak enables you to dictate what external applications will open outside of Firefox. For instance opening up Adobe Reader instead of the internal reader, and so on.

Here are some nuances of Firefox Application Handlers.

1. Some handlers are hard-coded. So, they are always shown in the UI, even if they are scheduled to be removed due to “REPLACE” mode. 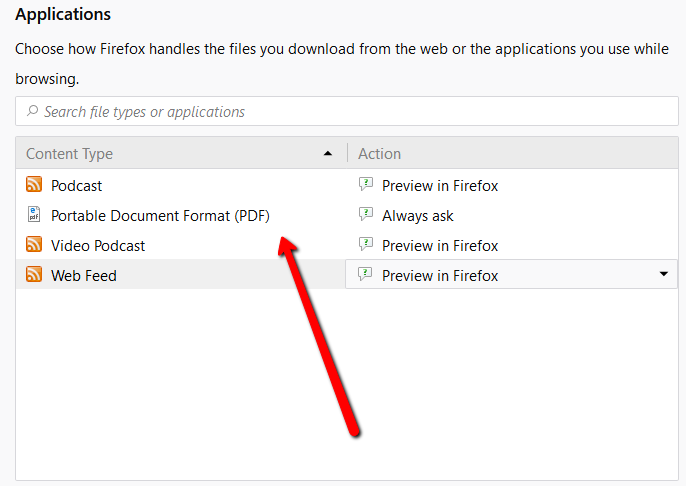 However the actual list which user gets is list of 5 handlers (Podcast, PDF, Video, Web, and ZIP) because some are always hardcoded.

2. Firefox prefers opening content internally to firing external programs whenever possible (e.g., to open those file types he is able to handle internally).

Content that can be handled internally includes images, texts, HTML and XML code, and content with some special meaning in Web (CSS, JS, etc.). The actual decision is made based on so-called MIME type, and not on file extension. In case of HTTP/HTTP surfing, Firefox usually uses MIME type returned in “Content-Type” response header: 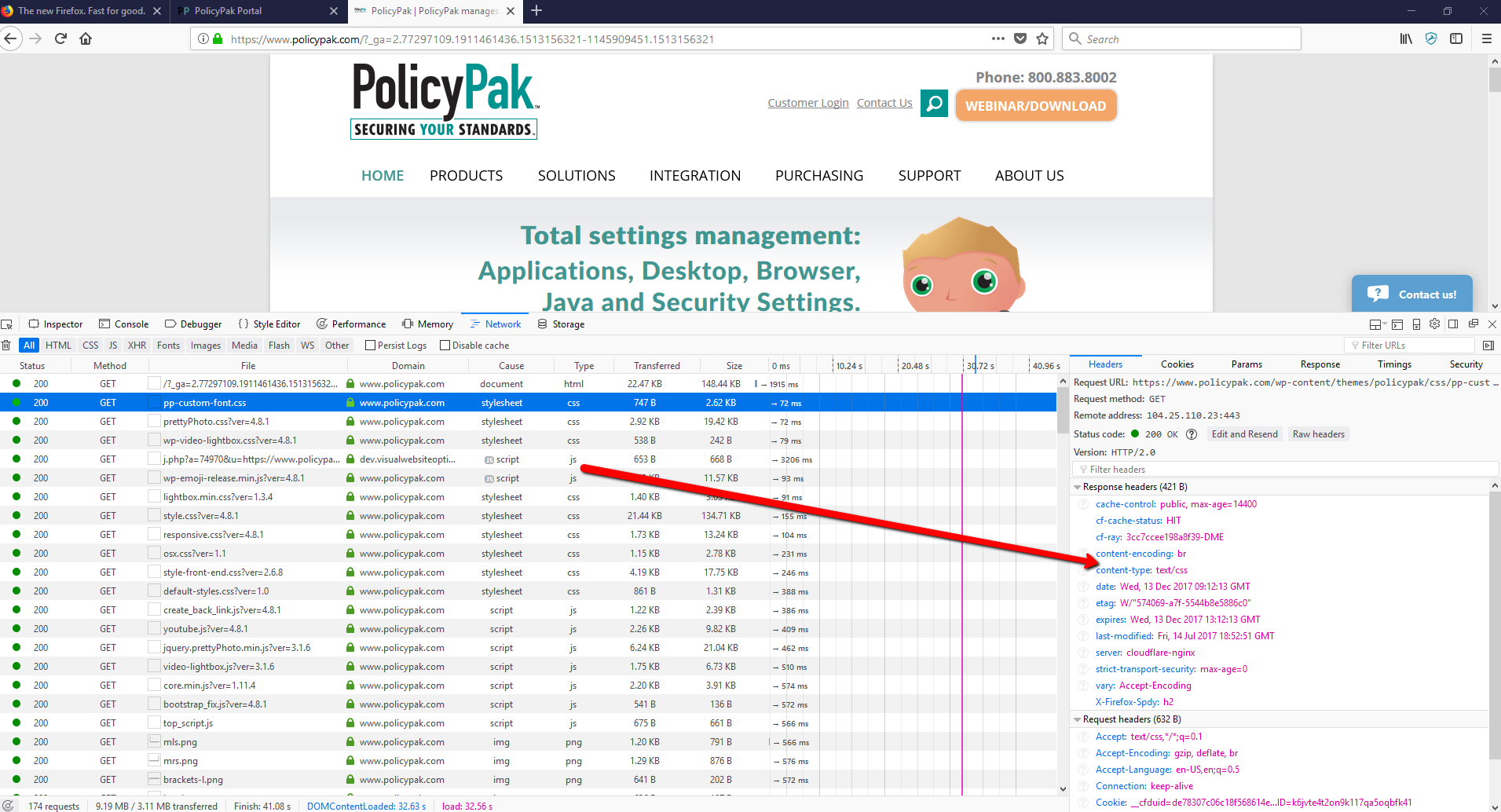 If MIME type is “text/plain”, “text/html”, “text/css”, “image/jpeg”, or any other special type file is opened internally. Even if “Content-Type” header is not set in web response, Firefox uses some sophisticated algorithm to guess MIME from actual content, and opens resource of special types internally.

For this reason, even though it is possible to add handlers for .JPG, .HTML, .HTM, .TXT, etc, and they appear in UI, Firefox will keep opening resources of such types internally. 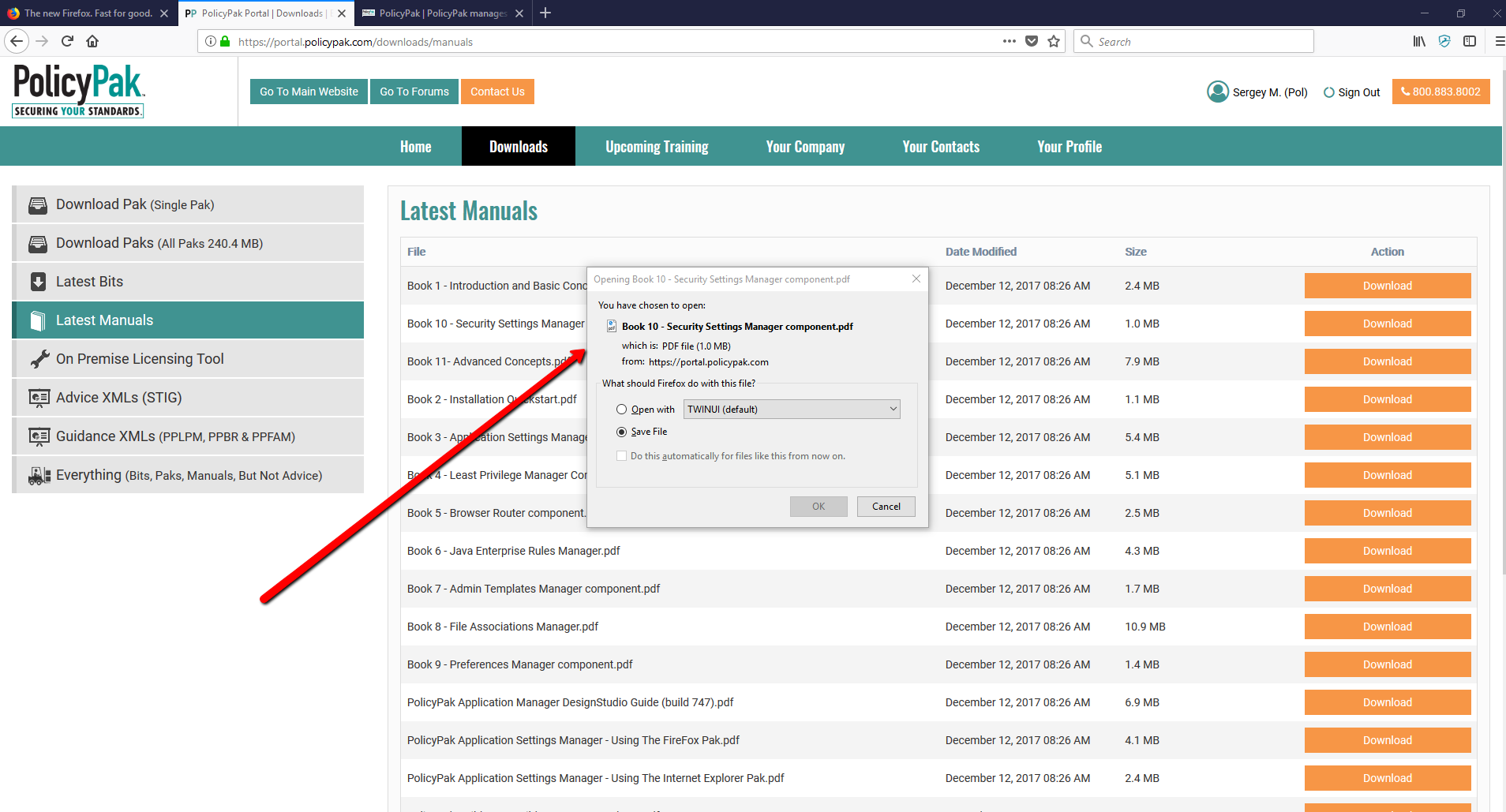 3. The actual behavior during Web surfing depends on MIME type for resource returned by Web-server.

Even though you can have handler for PDF (application/pdf), or ZIP (application/x-zip-compressed), or whatever, it might not work for resources returned with non-standard MIME type. If returned MIME types is generic type for binary resources (application/octet stream), or some type with no special meaning for Firefox (see #2), Firefox fires handler to open file like this: 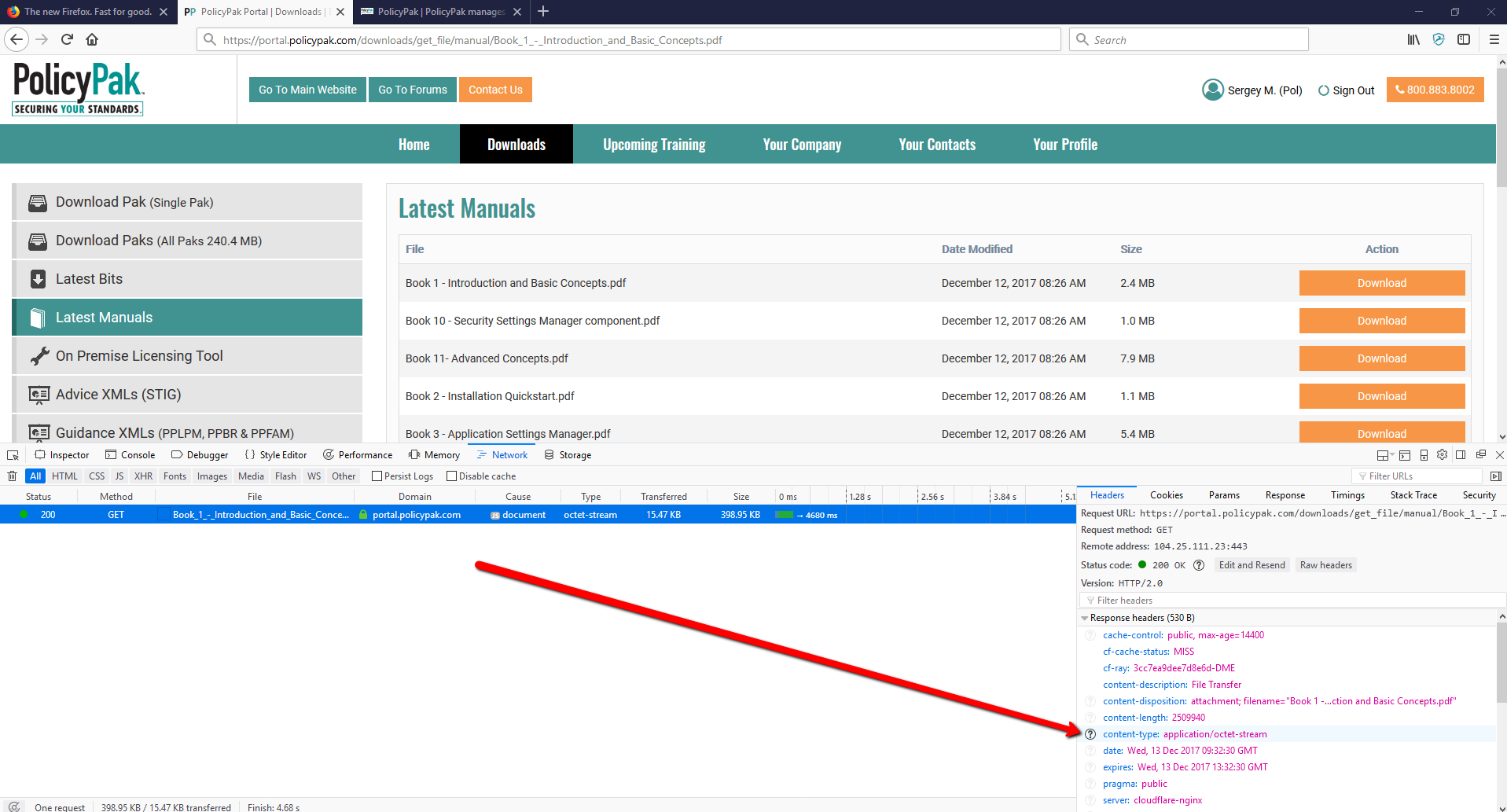 Otherwise file will be opened internally.
Actual MIME type returned in response depends on Web-Server and resource settings, and it’s up to server to return “correct” MIME type.
The general rule of thumb here is similar to rule in #2. If Firefox shows “Open with dialog” when there is no handler for resource, it fires Application Handler for the same resource if there is one.